To dust the mind

And pluck the cobwebs

And not by prejudice 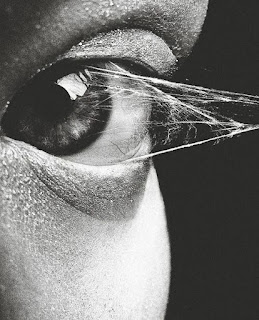 The tale which is about to unfold before you is disturbing on many levels, mainly because the majority of the unsettling events which form the narrative.....are hideously true!...

So there I was, standing alone at the bus stop, in the rain, minding my own business, when I spotted some bearded guy walking towards me with determined rapidity. The pyjamas flapping around him heralding his approach should have been a clue that something wasn't quite right here. 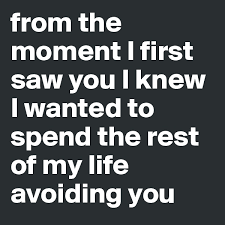 Reluctantly, I dragged my gaze from the pavement to find him looking directly at me. Suddenly a voice, which squeaked like a wonky wheel on a shopping trolley, loudly proclaimed...

"Look at you standing there like a Parisian whore...I hope all your children are born cross eyed!"...

As I started to process his perception of my choice of apparel, inwardly worrying I'd inadvertently dressed as a French hooker that morning and with those endearing well wishes delivered, he briskly continued upon his merry way.

Dragging with him there scuttled a solitary flip-flop...(does that make it a flip or a flop then?...ok, ok, I digress)...leaving ME with the mental imagery of any future kids I should bear, standing in a line, struggling to focus, each with a plaster over one eye!

Eventually my bus arrived and with great relief I jumped on board. I'd quite a way to go and after a while the rhythm of the engine lulled me into a semi-stupor.

It was only when my head banged into the window with some force, as the bus went over a bump, that I came to my senses and realised I had travelled a fair distance with my face pressed against the glass, my tongue having formed the perfect conduit for drool.

I quickly tried to recover my dignity but this was a bit difficult with the old dear sitting opposite gawping at my chin...as her gnarled fist handed me a tissue.

Thankfully, there wasn't much further to go now and as the bus stopped to pick up more passengers I casually glanced out of the window...to find some guy wearing a hooded duffel coat glaring right at me through a curtain of pouring rain, like an auditionee for The Shining!

There he stood, rigid...arms stiffened by his sides, fists clenched. Rain cascaded over him with unrelenting fervour. All the time his eyes stared threateningly into mine whilst his lips slowly creased into a rictus grin, bizarrely, I was hypnotised. I couldn't look away!.

Gradually I watched his fists begin to uncurl and then, almost in slow motion, he raised both hands, in perfect unison, right up to the glass, behind which my incredulous face hovered wearing an expression of raw stupid!.....and gave me two fingers!...several times!...in rapid succession!...whilst mouthing..."F**k You"!!...following which, he turned and ran off down the road, arms outstretched, fingers still gesticulating their urgent message, face raised to the sky, lost within a maniacal laugh!!

I'd like to think that at some point he ran into a lamppost. Shocked, gobsmacked and with gasteds seriously flabbered...I looked around to see if any of the other passengers had witnessed this bizarre event. If they had no one said anything.

All faces wore the same expression of having given up on life as they silently shuffled along their seats to make room for more automatons, eyes glazed and empty,  locked into a mind-melt with the mother ship.


Stunned, I flopped back in my seat, eager to get the rest of the journey over with and it was as the bus was about to set off that some chap who had just boarded and sat in the seat in front of mine, suddenly swivelled round, his face inches from my own and, whilst smiling through a set of teeth the condition of which would have earned him a VIP pass to the Jeremy Kyle Show, said to me....

This news bulletin reached my ears after surfing breath so offensive as to bleach my nasal hair! His mouth should have been covered with 'Crime scene' tape! And still he remained twisted upon his seat to allow him to continue to stare at me. Maybe he was waiting for the toxic vapours he emitted to render me unconscious!

It was as I watched him prepare to draw another breath (a direct insult to the poor tree, out there somewhere, tirelessly pumping out oxygen to feed him) that I decided I had had enough!

And with that said, I jumped off the bus and walked the rest of the way home with the downpour beating upon my stressed out bits!!